What were you trying to accomplish?

I created a 3D pop-up animation in After Effects. I used some images I had created in my Digital Design classes.


What technical skills did you use to create the project?

I used After Effects 3D animation to create the project. I then imported the final animation into Premiere Pro and added music, text, and transitions.


How do you feel you did on the project?

It took forever to render the project, about 4 hours on my laptop. However, compared to my last 3D After Effects project I did I did much better, I improved from last time. 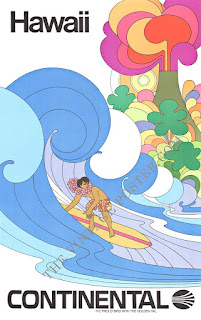 Original is on the left, replication on the right. What were you trying to accomplish?I replicated a vintage travel poster for Hawaii in Illustrator. I tried to match the poster as accurately as I could.

What technical skills did you use to create the project?I used Illustrator to copy the image I found. I used the pen tool to accomplish this. I used the type tool to type the small text underneath the Continental logo since it was too small to use the pen tool. I used the eyedropper to match the colors. I also used a clipping mask to trim off the edges of the canvas since some artwork went off the edge.
How do you feel you did on the project?I did great! I had a lot of fun making this. It was tedious to make all the layers but I really like the final product. 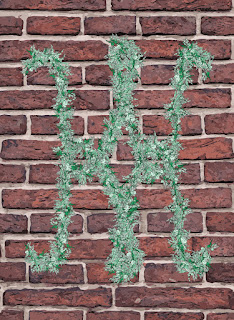 What were you trying to accomplish?I created playing cards for a game called "The Wall," based on Rummy. I wanted to make something simple, and have a garden theme. I kept imagining the setting being a cottage in England where a gardener is waging war on encroaching English Ivy that keeps threatening to destroy the wall.

What technical skills did you use to create the project?I created the artwork by using image trace on images I found on pixabay.com. I also used Photoshop to cut out some of the images. I also downloaded a custom Illustrator brush to decorate the stroke on the "W's" on the backside of the card.

How do you feel you did on the project?I think I did ok. I saved time by using image trace and I could have created some original artwork instead, but this is what I had time to do.